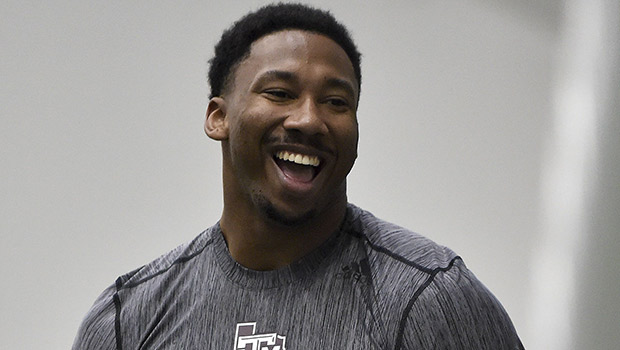 Bio:Myles Garrett  (born Dec. 29, 1995 in Arlington, Texas) is an American football player. He  attended Martin High School in Arlington where he lettered in football, basketball and track. The defensive end was a two time First Team All-American for the Texas A&M Aggies before announcing that he would forgo his senior year and enter the 2017 NFL draft. He is expected to be selected as the number one overall pick by the Cleveland Browns on Apr. 27, 2017. Typical to his low-key style, he remained at home in Arlington rather than attend the ceremony in Philadelphia

Best Known For:Myles is best known for being a defensive end and the prospective number one overall 2017 NFL draft selection.

Personal Life:Myles loves to read and write poetry. He is a fan of comic books and playing video games. He is known to be extremely humble, a trait that he says he learned from his grandmother.