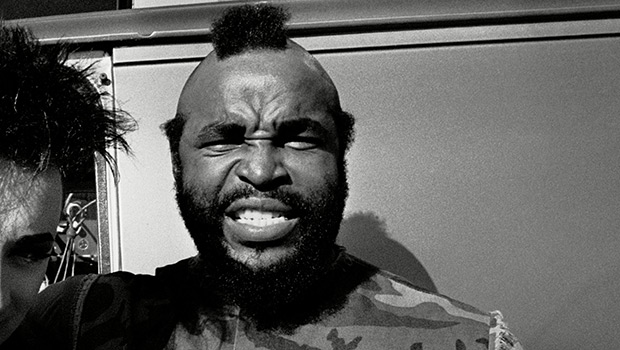 Bio:Mr. T (born Lawrence Tureaud in Chicago, Illinois on May 21, 1952) was born the youngest boy in a family of 12 children and his mother raised the kids alone after his father left when he was only 5. After a short lived stint in college and the army, he became a bouncer in Chicago, which lefd him to become a bodyguard to the stars. His breakout moment came when he starred in Rocky III and his career in Hollywood took off. He has remained a mainstay in the entertainment industry for decades. Mr. T will compete on season 24 of Dancing With the Stars alongside pro Kym Herjavec.

Best Known For:Mr. T is best known for playing Sylvester Stallone’s boxing rival in Rocky III as Clubber Lang. It was during the movie Mr. T’s catchphrase, “I pity the fool” was born. Mr. T eventually got his own television show. He worked a great with young people. He also starred in The A-Team and became  fixture in the wrestling world and became Hulk Hogan’s tag-team partner.

Personal Life:Mr. T married Phyllis Clark and they had three children together. They later divorced. Mr. T was diagnosed with T-cell lymphoma in 1995, but recovered and continues to be involved in show business like his home renovation show I Pity the Tool on the DIY Network.