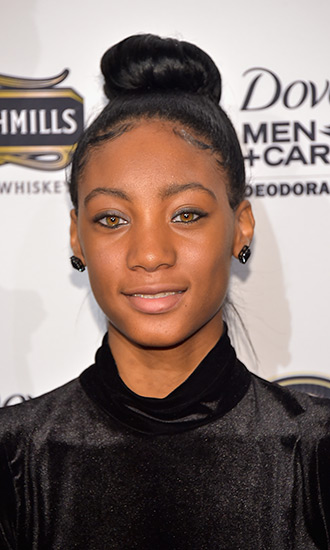 Bio:Mo’ne Davis (born in 2001 in Philadelphia, Pennsylvania) is an American Little League Baseball pitcher and author. She played in the 2014 Little League World Series as one of two girls, and is the first girl in Little League World Series history to earn a win and pitch a shutout, which is when one pitches a complete game without the other team scoring a run. Davis plays for Philadelphia’s Taney Dragons. She is the first African-American girl to play in the Series. Davis appeared on the cover of Sports Illustrated as a Little League player — another first. As an author, Davis released a memoir in March 2015 titled Mo’ne Davis: Remember My Name: My Story from First Pitch to Game Changer.

Davis enjoyed playing football with her family when she was younger. With the help of the program director for Marian Anderson Recreation Center in South Philadelphia, Davis transferred to a private girls’ school in 2008. At her new school, Davis became a basketball point guard and a pitcher, shortshop and baseman in baseball. While known as a Little League pitcher, Davis considers basketball to be her primary sport as of August 2014.

Tracee Ellis Ross, 47, Sizzles In Metallic Gold Gown While Presenting At The Emmys