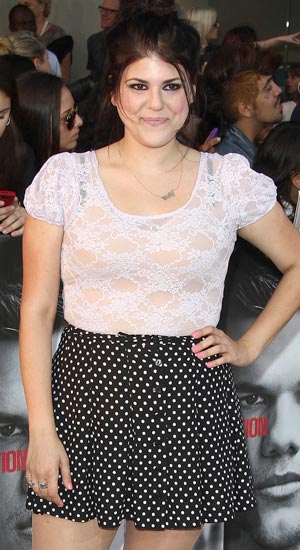 Bio:Molly Tarlov (born in Manhattan, New York on September 12, 1992) is an American actress. She is best known for her role as Sadie on MTV’s Awkward. She also appeared as Caitlin on ABC Family’s Huge. As a child, she acted in several productions of live theater. Her father, Mark Tarlov, is a successful Hollywood producer and director. She received a role in 1999’s feature film, Simply Irresistible, which was directed by her father.

Personal Life:Molly married Alexander Noyes on Saturday, March 4, 2017. The couple got engaged in June 2015. Alexander is the drummer for Honor Society, and he previously played drums for the Jonas Brothers.