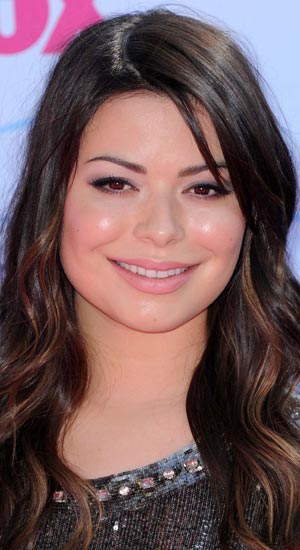 Bio:Miranda Cosgrove (born Miranda Taylor Cosgrove in Los Angeles, California on May 14, 1993) is an American actress and singer-songwriter. She is best known for her roles on Nickelodeon’s popular television shows, iCarly and Drake & Josh. She started her film career opposite Jack Black in School of Rock. The 2012 Guiness Book of World Records lists Miranda as the Highest Paid Child Actress for her role on iCarly. In addition to her songs on the iCarly soundtrack, Miranda’s music credits include her first studio album, Sparks Fly, which was released in 2010 and included radio hits “Dancing Crazy” and “Kissin’ U,” and her EP High Maintenance. She also lends her voice to Margo in Universal Studio’s animated feature film, Despicable Me.

Best Known For:Miranda is best known for her title role on Nickelodeon’s iCarly.

Personal Life:Miranda has kept mum about a dramatic breakup after a three year relationship that left her heartbroken. Her refusal to name names and her cryptic clue that she “met him at work” sparked rumors about potential ties to iCarly co-star Nathan Kress and The Naked Brothers Band‘s Nat Wolff. She has denied all attachments.