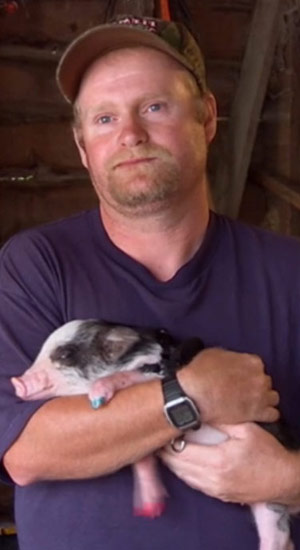 Bio:Mike ‘Sugar Bear’ Thompson (born David Michael Thompson on December 13, 1971 in Georgia), is the father of Alana ‘Honey Boo Boo Child’ Thompson, of TLC reality show fame. Señor Thompson stars alongside his baby mama, June Shannon, and the rest of her brood (Mama Honey Boo Boo has four daughters, fathered by four different men, of which she can name only three) in the family’s show, Here Comes Honey Boo Boo. When he’s not relaxing by mud pits with a dip in his chaw, fixin’ to bob for some pigs’ feet at The Redneck Games (ok, ok, it was Honey Boo Boo’s big sis, Lauryn ‘Pumpkin’ Shannon, 12, that did the pigs’ feet bobbing), Sugar Bear brings home the bacon from his day-job with Snowco General Contractors.

Sugar Bear: A Life of CrimeMuch like his lady-love, June Shannon, Sugar Bear has a rowdy criminal past, and in 1998, he was arrested and sentenced to five years in prison for one heckuva crime spree. According to The National Enquirer, Sugar Bear’s crime spree involved the robbery of multiple hunting camps, and the setting of fire to at least one camper. (The setting of fire? You think that’s a strange way to word it? You want to word that sentence differently? Then you write up Sugar Bear’s bio, dang-flabbit!) Anywho, we can only assume Sugar Bear reckoned it’d be right-nice to have himself a little bonfire, and we, for one, will not knock a man for that. After all, who among us hasn’t set fire to a camper or two in our youth? Let he be the one to cast the first stone.

Personal Life:Sugar Bear has been in a relationship with June Shannon since May 14, 2004. The couple has one child together, Alana Thompson (born in 2005). As far as his religious views are concerned, Sugar Bear’s Facebook page proudly proclaims: “i am baptist”. Well, there you have it, folks.