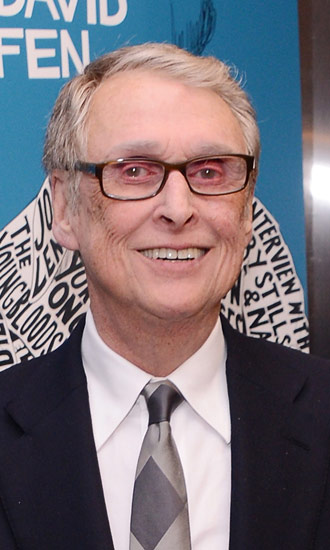 Bio:Mike Nichols (born Mikhail Igor Peschkowsky, on November 6, 1931) was a German-born American television, stage and film director, writer, producer and comedian. Mike came to the United States when he was 7 years old, when his family escaped Nazi Germany. He graduated from the Walden School in New York City, and began pursuing theater while attending the University of Chicago in the early 1950s. While studying medicine, he found his true calling – comedy. He made his Broadway debut in 1964 with Barefoot in the Park, which earned him his first Tony Award. His early films include Who’s Afraid of Virginia Woolf? (1966) and The Graduate (1967), for which he received an Academy Award for best director. He won an Oscar for The Graduate. In June 2012, Nichols accepted his sixth Tony Award (best director of a play) for his work on the revival of Death of a Salesman. He was one of a small group of people who have won an Emmy, Grammy, Oscar, and Tony Award. He died on November 19, 2014 at the age of 83.

Best Known For:Mike is best known for being an entertainment icon. He is one of America’s most celebrated directors.

Personal Life:Mike was married four times. He had three kids from two of those marriages; Max Nichols, Jenny Nichols, Daisy Nichols. His final marriage was to ABC News Anchor Diane Sawyer on April 29, 1988.