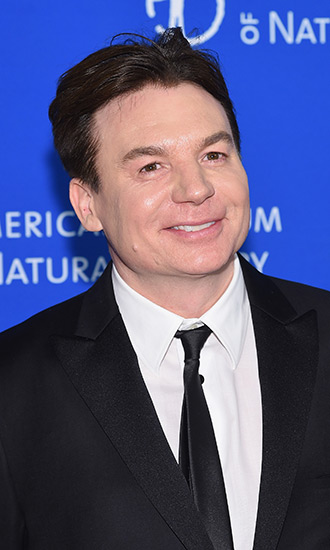 Bio:Mike Myers (born Michael John Myers in Toronto, Canada on May 25, 1963) is a Canadian actor and comedian. He got his start on Saturday Night Live, where he was a featured player from 1989 to 1995. Mike expanded onto films after that and starred in hits like Wayne’s World, Austin Powers and Shrek. He’s also had roles in Inglourious Basterds and The Cat in the Hat. Mike has won one individual Primetime Emmy.

Personal Life:Mike was married to actress Robin Ruzan from 1993 to 2005. After their divorce, Mike married Kelly Tisdale. They have two children together — Spike and Sunday Molly.