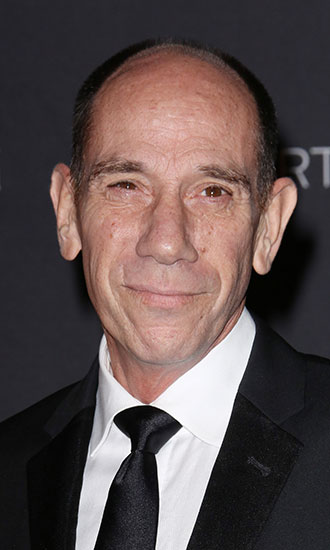 Bio:Miguel Ferrer (born Miguel José Ferrer in Santa Monica, California on February 7, 1955) was the son of Rosemary Clooney and José Ferrer. George Clooney is his cousin. Miguel got into show business young and even played his father’s character in Magnum P.I. in a flashback. He also portrayed Albert Rosenfield in the cult classic TV show Twin Peaks. He began playing Owen Granger on NCIS: Los Angeles in 2012 and continued to do so even after he was diagnosed with cancer. He passed away in Jan. 2017.

Best Known For:Miguel was best known for his roles on Crossing Jordan from 2001-07 as Dr. Garret Macy and NCIS: Los Angeles, on which he played Owen Granger from 2012 until his death in 2017. He also voiced the villain Shan-Yu in the Disney movie Mulan.

Personal Life:Miguel married Leilani Sarelle in 1991, but the couple divorced in 2003. He married Lori Weintraub in 2005 and they had two sons together named Rafi and Lukas. Miguel sadly passed away from cancer in Jan. 2017.