Michael Weatherly has been married to Bojana Jankovic, an award-winning doctor, for over 10 years. Here’s everything to know about the actor’s wife.

Michael Weatherly is an actor, producer, and director best known for his roles as Anthony DiNozzo in the crime series NCIS and Dr. Jason Bull in the legal drama series Bull. And while the actor, 53, has the title of “doctor” in the latter series on television, it’s his longtime wife Bojana Jankovic who holds the title in real life. Michael has been married to Bojana, 38, an award-winning medical physician born in Serbia, since 2009.

His current marriage marks his second. Michael was previously married to actress Amelia Heinle between 1995 and 1997. In an interview with PEOPLE in 2017, the actor called his first marriage a “difficult time” — and said he wanted to avoid that “rupture” in his second marriage. “When I got remarried, I wanted to do my very best to ensure that rupture wouldn’t happen again,” he told the outlet. “My kids and my marriage are the things I’m proudest of.”

So, who is Michael’s wife, Bojana? Below is everything to know about the doctor and her marriage to the actor!

Bojana and Michael met at a bar

It was love at first sight for Michael and Bojana, who locked eyes at a bar in Vancouver in 2017, per their interview with PEOPLE in 2010. While at the bar with pals, Michael’s friend had asked, “‘Michael, aren’t you lonely?’” to which he replied, ‘Not really. I’m pretty happy. Works for [George] Clooney!’” However, “I kept looking out of the corner of my eye and seeing this ravishing, gorgeous beauty,” he recalled of his wife, who added, “We made eye contact. And that was it.” While on The Queen Latifah Show in 2014, Michael revealed that he went to great lengths to secure a first date with Bojana after that fateful meeting at the bar, including flying to Paris to meet her after she said she would be busy on a European trip with friends.

'NCIS' — Photos Of The Show 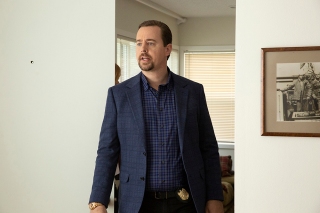 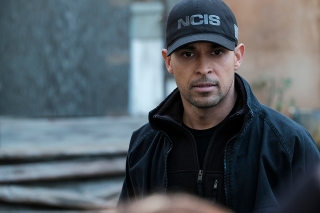 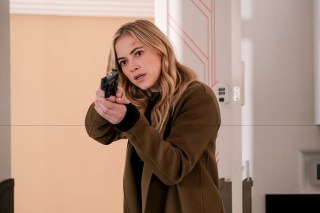 Bojana and Michael have two children

The grand gesture in Paris, of course, worked out well, as the two wed in 2009 and have since welcomed two children together: daughter Olivia, 9, and son Liam, 7. (Michael also shares son August, 25, with ex-wife Amelia.) In his 2017 interview with PEOPLE, the actor said that amidst a busy work schedule, he always makes his family his top priority. “I don’t bring my work home,” Michael said. “I’m a single-track-mind person, so at work I do my work, but at home I’m devoted to my kids.” His personal growth, he explained, can be attributed to his job: “Acting has given me a way of understanding myself,” he said. “It’s made me a better person.”

Bojana is an award-winning physician

Bojana is a double board-certified physician in internal and integrative medicine. A fellow of the American College of Physicians, Bojana has been the recipient of various awards, including numerous patient satisfaction awards at Cedars-Sinai, Southern California Top Doctors’ Rising Star in 2016 and 2017, and Top Doctor recognition in 2018 — 2021 in New York, according to her website. Bojana completed medical school at the University of British Columbia in Vancouver and completed her Internal Medicine residency at Cedars-Sinai Medical Center in Los Angeles.

Bojana has also worked in TV and film

Prior to her time in medical school, Bojana dabbled in the world of TV and film, which is delightfully ironic, given her future husband’s career. The physician previously worked as a writer and assistant director. Her projects include the 2009 Serbian TV series TVWWW and 2007 short film Do Not Leave Me with Strangers.

Bojana often appears on TV as a health consultant

While she left her career in entertainment behind, Bojana still regularly appears on TV as a health consultant. She has shared her medical expertise on TODAY, MSNBC, and Rachael Ray. Back in 2018, she made the TV rounds on TODAY and Rachael Ray in informational segments for cold and flu season. In the above Rachael Ray segment, Bojana appears in one entitled “Is It a Cold or the Flu? Here’s What You Need to Know” and breaks down the symptoms for each. No surprise here, but like her famous husband, Bojana is a natural behind the camera.

Adele & Rich Paul: Why He Feels He’s Finally ‘Met His Match’ After They Go Instagram Official