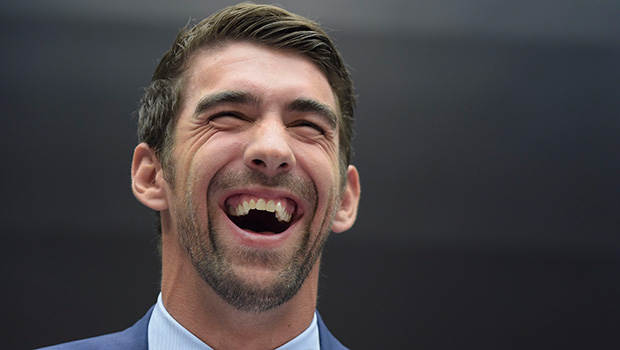 Bio:Michael Phelps (born in Baltimore Maryland on June 30, 1985) is an American international swimmer who has won 16 total Olympic Medals (6 gold and 2 bronze ins Athens in 2004, 8 gold in Beijing in 2008). Michael has won the World Swimmer of the Year Award 6 times and American Swimmer of the Year Award eight times. In major international competition, Michael has won a total of 66 medals. In 2008, he started the Michael Phelps Foundation, which focuses on growing the sport of swimming and promoting healthy lifestyles. He will compete in 7 events in the 2012 Summer Olympics in London.

Best Known For:Winning the most gold medals won in a single Olympics (eight in Beijing 2008).

Personal Life:Michael grew up in Towson, Maryland, a suburb of Baltimore. He is the youngest of three children. At age 7, he started swimming as an outlet for all of his access energy. He was diagnosed with ADHD when he was in 6th grade. In 1994, his parents divorce. At age 10, he held a national record for his age group and then began training at the North Baltimore Aquatic Club with Bob Bowman. He qualified for the 2000 Summer Olympics when he was 15 making him the youngest male to make a U.S. Olympic swim team in 68 years.

Michael Jackson’s Son Bigi, 19, Looks So Grown Up As He Discusses Climate Change In Rare Interview