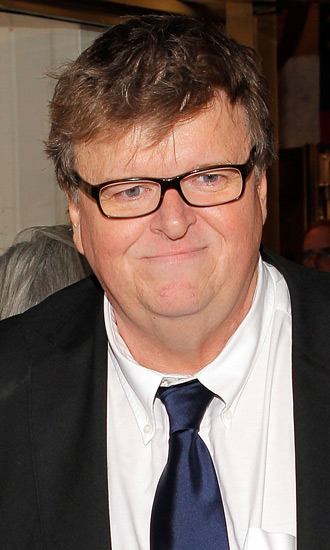 Bio:Michael Moore (born Michael Francis Moore, in Flint, Michigan, on April 23, 1954) is an American director, producer, writer, author, journalist and liberal political activist. He founded the alternative weekly magazine The Flint Voice, which soon changed its name to The Michigan Voice at just 22-years-old. In 1986, Michael became the editor of Mother Jones, a liberal political magazine. His first documentary was the Emmy Award winning 1989 film, Roger & Me. Michael’s next big documentary was Bowling for Columbine. It won the Anniversary Prize at the 2002 Cannes Film Festival, France’s César Award as the Best Foreign Film and an Academy Award for Documentary Feature. At the time, it was the highest-grossing mainstream-released documentary. Until Michael’s next big documentary, Fahrenheit 9/11, which is the highest-grossing documentary of all time and brought in $200 million worldwide. It was awarded the Palme d’Or, the top honor at the 2004 Cannes Film Festival. Michael’s documentary was the first documentary film to win the prize since 1956. He has also written and co-written eight non-fiction books. In January of 2015, Michael came under heavy scrutiny after his criticism of snipers, calling them “cowards,” via Twitter.

Personal Life:Michael married movie producer Kathleen Glynn in October 1991, but he filed for divorce on June 17, 2013.