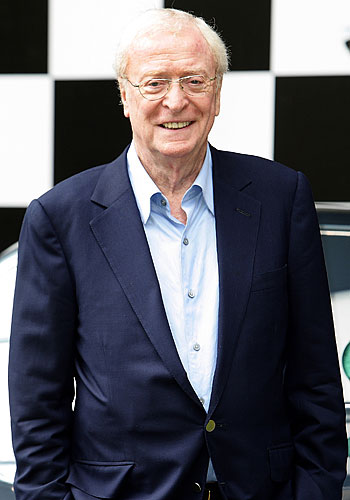 Bio:Michael Caine (born March 14, 1933 as Maurice Micklewhite) is a British actor. He received his stage name Caine from the 1954 classic, The Caine Mutiny. His storied career spans over 60 years, earning an Oscar nomination in each decade between 1960 and 2010. He picked up his first Oscar win for the original Alfie (1966), and his second for the film adaptation of John Irving’s novel, The Cider House Rules (1999). Mike Myers based part of his character, Austin Powers, on Michael’s Alfie role, and Michael later played Mike’s father, Nigel Powers, in Austin Powers in Goldmember.

Best Known For:Michael Caine is bes know for his role as Batman’s trusty butler/mentor, Alfred, in Christopher Nolan’s Batman trilogy; and his Cockney accent, due to his London working-class background.

Personal Life:Michael’s father was a fish market porter and his mother was a charlady (an English house cleaner). Michael had two brothers, one of whom he never knew, until after his mother’s death, as he had been living in a hospital for most of his life, suffering from epilepsy. He married his first wife, Patricia Haines, in 1955, with whom he had a daughter, Dominique, but the two divorced shortly after, in 1958. In 1973, he married his present wife, Shakira, and the two have a daughter, Natasha. Michael was formally knighted by Queen Elizabeth II on Nov. 16, 2000 at Buckingham Palace under his real name, but is known professionally as Sir Michael Caine.

‘The Bachelorette’: Michael Breaks Up With Katie & Leaves To Be With His Son