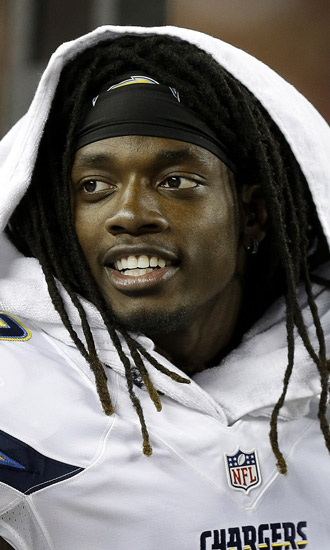 Bio:Melvin Gordon (born November 6, 1993 in Kenosha, Wisconsin) is an American football player. Born in Wisconsin, Melvin played college football for University of Wisconsin. He decided to forgo his final year of college football to enter the 2015 NFL Draft. He was selected as the 15th overall pick by the San Diego Chargers. In May 2015, Melvin signed a 4 year contract with the Chargers and was named the starting running back for the 2015 season. In December 2015, Melvin ended his season early with a knee injury. In May 2016, it was revealed Melvin had surgery for his injury in January, but that he would be ready to play in the 2016 season. On December 11, 2016, Melvin suffered a hip injury midway through the first quarter of a game against the Carolina Panthers. He was hit in the back by a linebacker by trying to recover a fumble. He did not return tot he game and was taken to get an MRI.

Best Known For:Melvin Gordon is best known as the star running back on the San Diego Chargers.

Personal Life:Melvin was a two-sport athlete in high school He was a star in both track and football. He was one of the state’s top long jumpers. He originally committed to University of Iowa but de-committed and chose University of Wisconsin-Madison.