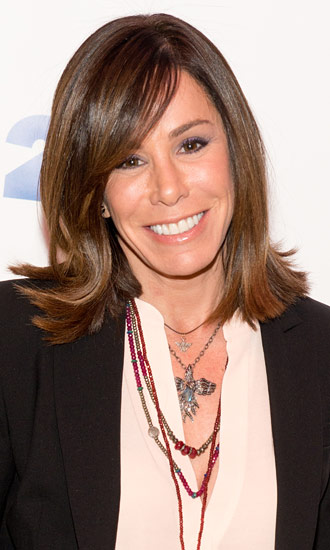 Bio:Melissa Rivers (born Melissa Warburg Rosenberg in Manhattan on January 20, 1968) is an actress, television host and producer, equestrienne and philanthropist. She is the daughter of the late Joan Rivers and Edgar Rosenberg.

Best Known For:Melissa Rivers is best known for being Joan Rivers’ daughter as well as executive producing E!’s Fashion Police and starring in WE’s Joan & Melissa: Joan Knows Best? She also starred in one episode of Beverly Hills, 90210 in 1991.

Personal Life:Melissa Rivers married horse trainer John Endicott in December 1998; they divorced in 2003. She has one son from that marriage — Edgar Cooper Endicott was born in 2000 and he was featured with Melissa and her mother in their reality show, Joan & Melissa: Joan Knows Best? Melissa was in a relationship with sports coach Jason Zimmerman from 2008 to 2012. Melissa’s mother, Joan Rivers, passed away on September 4, 2014. In June 2015, E! announced that Melissa would take over her mother’s position on Fashion Police.