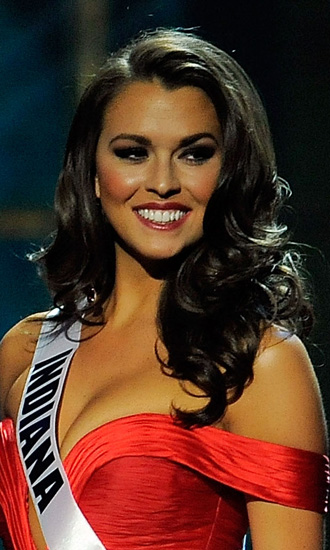 Bio:Mekayla Diehl is the reigning Miss Nevada, crowned in November, 2013. She competed in the 2014 Miss USA pageant on June 8 and made it to the Top 20 before being eliminated after the swimsuit competition. She was the first registered Native American to win the title of Miss Indiana, and it was her goal to become the first contestant from Indiana to win the title of Miss USA. A survivor of sexual abuse, Mekayla is passionately involved in child abuse awareness. She also received attention during the 2014 Miss USA pageant on June 8 for her curvy “normal” body, of which she is very proud.

Best Known For:Mekayla is best known for being Miss Nevada, crowned in 2013, and for competing in the 2014 Miss USA competition.

Personal Life:Mekayla was sexually abused as a child and has, as a result, become a huge advocate of childhood abuse awareness.