We want to be her, too! Meghan Trainor stunned at the Grammys in a bridal white jumpsuit with her new hubby Daryl Sabara!

Meghan Trainor looked absolutely gorgeous at the Grammys with the best accessory on her arm — her new hubby Daryl Sabara! The newlyweds chatted with Ryan Seacrest, where Meghan showed off her white and sparkling look. The singer wore acustom white jumpsuit by Christian Siriano that featured sparkling pinstripes down the side and a sparkling belt. Daryl also looked dapper in an all-black suit. Speaking with Ryan onE! the couple talked about their first few weeks of marriage.“I’m just extra obsessed with him and he’s extra sweet. It’s gross,” Meghan laughed.

Meghan and Daryl both graced the carpet at the Delta Airlines Pre-Grammy party, and had some adorable PDA moments! Meghan released her new EP, titled The Love Train, on Friday and one of the songs, “Marry Me” holds a special place in the singer’s heart. “I wrote ‘Marry Me’ when [Daryl & I] were touring together and we had only been dating for one month,” Meghan admitted toBailee Madison and Kaitlin Vilasuso in a teaser for their upcoming podcast episode of Just Between Us. “Then he said something like, ‘I can see a future with you that I couldn’t see with other girls when I would date them. I can really see you in my future,’” she continued. “And I was like ‘You wanna marry me?!’ and that was days before I wrote ‘Marry Me.’ And then I walked down the aisle to this song.” So freaking cute! 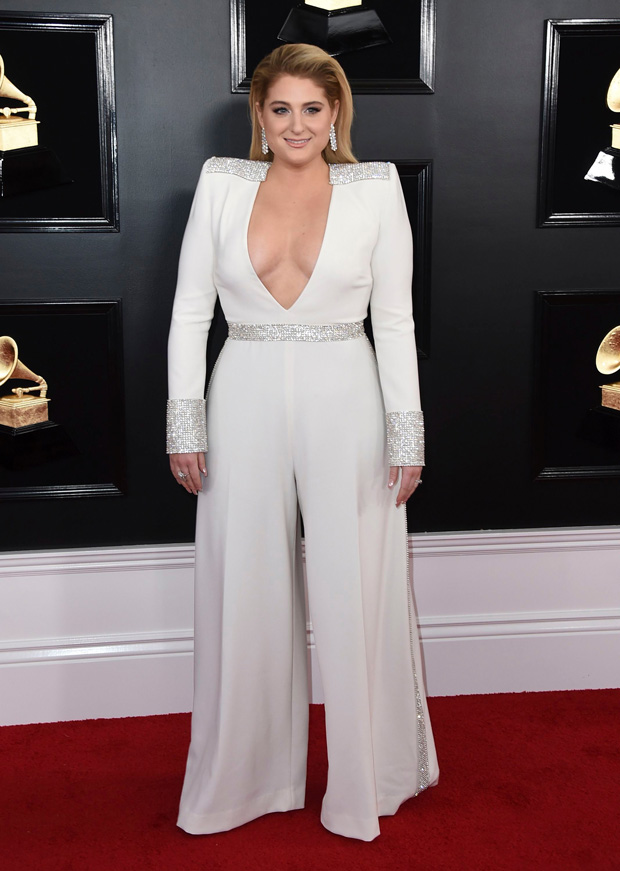 Daryl and Meghan were married on December 22nd in a gorgeous ceremony in the backyard of their LA home, and we can’t get enough of the stunning pictures and videos Meghan continues to share. “Get ready for all the wedding pics… best birthday ever,” Meghan captioned one gorgeous image of herself dancing with her new husband. There’s no denying, she looked like a princess!