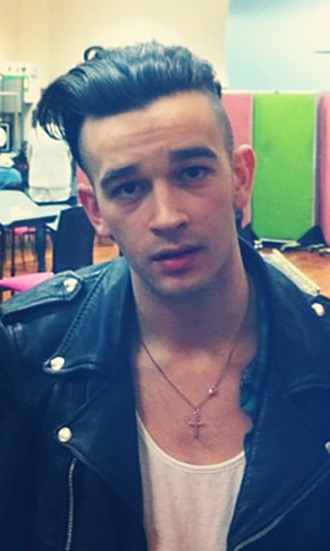 Bio:Matt Healy (born in Manchester, England on April 8, 1989) is an English musician. He is the lead singer and lead guitarist for the rock band The 1975. The band was formed in 2001. They considered a number of band names before settling on The 1975. Matt is an open atheist and humanist. He is also a Distinguished Supporter of the British Humanist Association.

Best Known For:Matt is best known for being the lead singer and guitarist of the hit rock band The 1975. He’s also gained attention for this association with music sensation Taylor Swift.

Personal Life:Not much is known about Matt, but he has been linked to pop star Taylor Swift. Matt has been open about his previous addiction to cocaine.