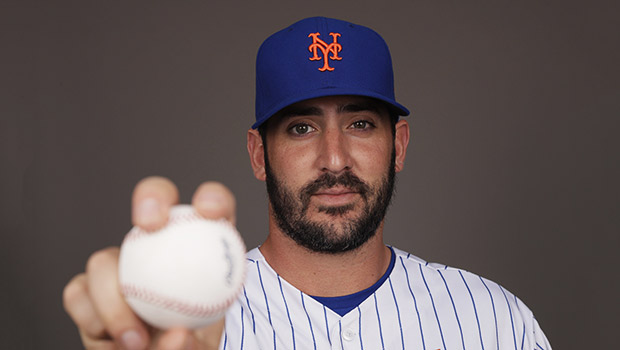 Bio:Matt Harvey (born Matthew Edwards Harvey on March 27, 1989 in New London, Connecticut) is an American professional baseball pitcher. While growing up in Mystic, Connecticut, he attended Groton’s Fitch Senior High School. He was given a chance to join the MLB straight out of high school in 2007, but instead, he decided to play for the University of North Carolina Tar Heels instead. During his three seasons in college, he ranked up 263 strikeouts, going 22-7. The New York Mets picked him seventh overall in the 2010 Major League draft. As a power pitcher, he was known for his fastball and his slider. He spent a single season in the minor leagues before joining the Mets in the majors in 2012. He continued to gain accolades for his pitching until 2014, when he sat out the season after undergoing Tommy John surgery. He returned in 2015 and helped lead the Mets to the World Series. Despite losing to the Kansas City Royals, the team still won the pennant. In 2016, Matt’s season was cut short due to thoracic outlet syndrome. He underwent surgery to correct it, returning to the team in 2017 for spring training.

Personal Life:Matt’s nickname is the “Dark Knight of Gotham,” and many fans dress up as Batman as games in tribute to him. Matt grew up a New York Yankees fan. He is a big fan of the New York Rangers, often considered the team’s most prominent and identifiable supporter at games. He also roots for the New England Patriots. Matt is considered a “lothario,” having multiple high profile romances with models.