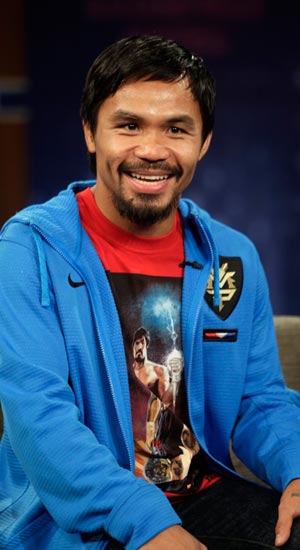 Bio:Manny Pacquiao (born in Kibawe, Philippines in December 17, 1978) is a Filipino professional boxer and politician. Manny is the first eight-division world champion and is the first to win the Lineal Championship in four different weight classes. He was elected to the House of Representatives in the 15th Congress of the Philippines representing Sarangani in May 2010.

Personal Life:Manny grew up in the Philippines and has 5 siblings. He married “Jinky” Jamora in 2000 and they now have four children together and officially reside in Kiamba, Sarangani.