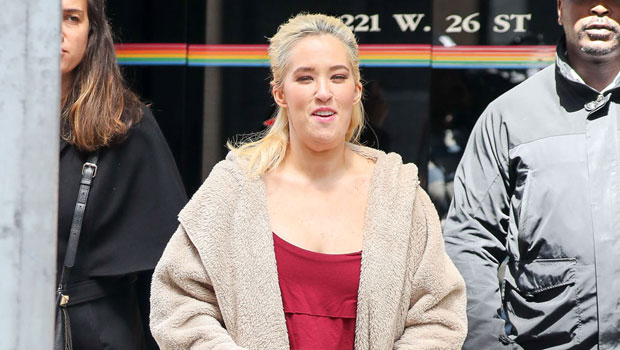 June Shannon (born on August 10, 1979) is the mother of Alana ‘Honey Boo Boo’ Thompson, who shot to fame on the family’s reality show, Here Comes Honey Boo Boo, a TLC spinoff of the network’s other wildly successful series, Toddlers & Tiaras.

Mama June, as she affectionally came to be known, became a breakout star in her own right, with crazy antics and family drama helping her make her way to fame on reality TV. As seen on the show, June’s admitted favorite pastimes include extreme couponing, playing in mud pits, picking up roadkill to feed her large family, and attending auctions to purchase soon-expiring or damaged foodstuffs. After her quick rise to fame, the skeletons came dancing out of the closet, as they are often prone to do, and it was revealed that, on January 3, 2008, June Shannon was arrested in Henry County, Georgia. She was apprehended on various charges, including contempt of court and theft. Shannon has also been the defendant in a number of child support cases, and she and ‘Sugar Bear’ received an unannounced visit from the Georgia Division of Family and Children Services in March 2012, at which time, they were investigated on suspicions of child abuse. On October 24, 2014, TLC cancelled the series after four seasons when June was seen with the man who allegedly molested one of her children. Despite multiple episodes for the show’s fifth season already filmed, the network axed the series, which pulled in an average of 2.2 million viewers, and never aired the episodes. June and her family got a second shot at fame on the network We TV with Mama June: From Not to Hot, which chronicled June’s weight loss following bariatric surgery in 2016. She lost more than 300 pounds thanks to the surgery as well as the help of dieting and personal training.  In addition to her significant weight loss, she underwent cosmetic surgery, spending a reported $75,000 to further improve her appearance. Despite seemingly getting her life back on track, in March 2019 June and her boyfriend Eugene “Geno” Doak were arrested for felony drug possession. In the season premiere of Mama June: Family Crises, her children revealed that they were worried she was throwing away opportunities to get her life together and that if she didn’t change her behavior soon, she could end up in prison. June’s family didn’t see her for more than six months, and when she returned, she revealed the extent of her drug addiction.  “Our habit was $2,500 a day, if not more…it was a couple ounces a day,” she said of her and boyfriend Geno Daok‘s use of methamphetamine — commonly known as meth — during an emotional conversation with her daughter Lauryn “Pumpkin” Shannon, on Mama June: Family Crisis. “The only reason I sold the house, we was dead f—ing broke…because you know at that point we was doing quite a bit,” June admitted. She went on to detail other drugs she abused, including anxiety medication Xanax — which helps manage panic disorders — and prescription pain pills Fioricet, mainly used to treat severe headaches. “It wasn’t something that just started, and oh my God, I started using drugs, you found out that I got busted. It wasn’t. I got high because I wanted to,” June also told her daughter. “It’s not the first time I’ve ever done drugs, and you know that.” June has since agreed to go to an in-patient rehab center that her manager  set up in Florida for both her and Geno.

June Shannon has four children: Anna ‘Chickadee’ Shannon (born 1995), Jessica ‘Chubbs’ Shannon (born 1997), Lauryn ‘Pumpkin’ Shannon (born 2000), and Alana ‘Honey Boo Boo’ Thompson (born 2005). All four of June’s children have different fathers, none of whom were ever married to June, and only three of whom can be identified by her. She began dating Mike ‘Sugar Bear’ Thompson in May 2004, however he later revealed that he’d been unfaithful to June, having cheated on her with both men and women during the course of their relationship. They broke up and June began dating Eugene Edward “Geno” Doak in 2017. He has a criminal history, including felony charges, for which he served time at Coastal State Prison. After being released from prison, Geno founded his own home improvement company, G&J Home Improvements, which is based in Griffin, Georgia. He was arrested in March 2019 on drug paraphernalia charges and possession of a controlled substance along with June. He was also charged with third-degree domestic violence. Nevertheless, the couple seem determined to make things work. They went to a rehab facility together in an attempt to kick their expensive drug habit and both ended up completing 30 days in the facility. They left the facility hand-in-hand at the end of their treatment program, and have since been spotted multiple times on the beach in Florida amid the global coronavirus pandemic.

The Most Popular Questions About Mama June

What Is Mama June’s Net Worth?

Though her official net worth is currently officially undocumented, Mama June reportedly was paid $50,000 per episode of the WE tv reality show, Mama June: From Not to Hot. During the 2020 season, Mama June filmed 11 episodes and two specials, bring her total earnings to approximately $650,000.  Adding this to payments made to her for advertising products like BOOMBOD, Burst Oral Care, and others on her Instagram, it’s a safe estimate that she’s worth over $1 million.

Are Mama June & Geno Still Together?

As of summer 2020, Mama June is still dating Eugene Edward “Geno” Doak. The pair started their romance in 2017 and have stayed together despite being arrested together in March 2019. Shortly after, the pair went to rehab together and looked happy with their progress as the vacationed in Florida together in July 2020.

What Does Mama June Do For A Living?

Starting in 2012, Mama June has made a name for herself as a thriving reality TV star. Starting her career with her daughter Alana ‘Honey Boo Boo’  in the hit show Toddlers & Tiaras, their breakout moment on the show led to a spinoff specifically on their family, Here Comes Honey Boo Boo, and then another spinoff focused on June’s weight loss journey, Mama June: From Not To Hot. As for her life before reality TV, June was a stay at home mom, who got her GED after dropping out of high school and cut corners by cutting coupons. In fact, she was known at the coupon queen.