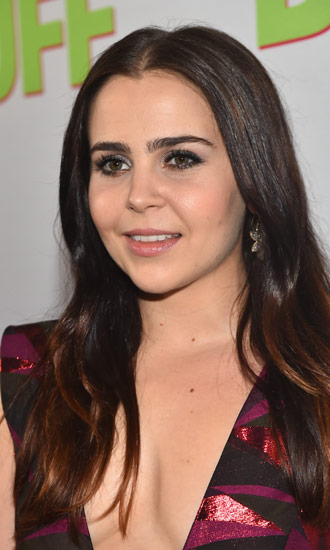 Bio:Mae Whitman (born Mae Margaret Whitman in Los Angeles, California on June 9, 1988) is an American actress. She’s been acting since childhood, starring alongside acting greats in Independence Day and One Fine Day. She’s widely recognized for her role as Ann Veal in Arrested Development and Amber Holt in Parenthood. Two of her breakthrough film roles include 2010’s Scott Pilgrim Vs. The World and 2012’s The Perks of Being a Wallflower. She plays the lead character, Bianca, in The DUFF.