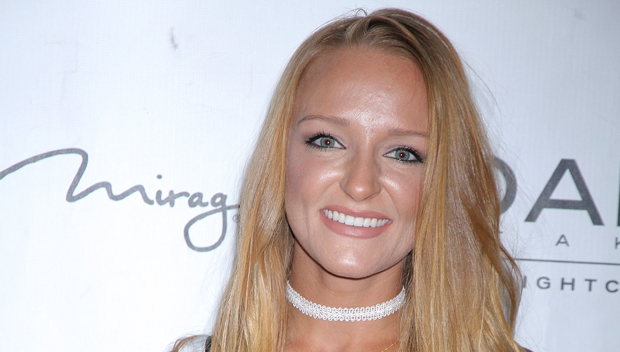 Bio:Maci Bookout (born in Chattanooga, Tennessee on August 10, 1991) is a star on the MTV series Teen Mom. Maci is the mother to Bentley Cadence Edwards with Ryan Edwards. Maci and Ryan were engaged, but broke the engagement in 2010. Maci then dated Kyle King, in which she moved to Nashville to live with him. Kyle and Bentley have a good relationship. Throughout the show, Maci deals with normal teen mom drama balancing her life with her child. Maci and Ryan still cannot agree on custody with their son Bentley.

Personal Life:Maci is just trying to do her best as a young mother. She was engaged to her son’s father, Ryan Edwards, but the pair broke off their engagement. She dated Kyle King for some time, but they didn’t work out. She began dating Taylor McKinney in 2012.