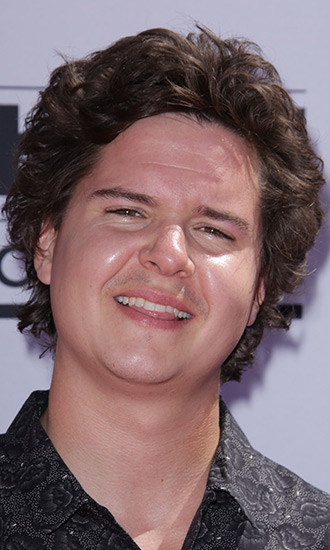 Bio:Lukas Forchhammer (born Lukas Graham Forchhammer in Copenhagen, Denmark on September 18, 1988) is a Danish singer, songwriter, and actor. He is the lead singer of the Danish band Lukas Graham. He’s also starred in the Danish family movies Krummerne in his early years. Lukas grew up in an alternative community in the centre of Copenhagen called Freetown Christiania. He joined the Copenhagen Boys’ Choir as a child and developed not only an appreciation for classical music but a trained voice. He soon became fascinated with his father’s Irish roots, folk music, and hip-hop, which is when he found his unique pop-soul sound. After spending six months in Buenos Aires, Lukas returned to Christiania in 2010, where he joined the writing team Future Animals, Don Stefano, Young Thug, and Rissi Royall. In 2015, Lukas and his band released a new album (often referred to as the “Blue Album”), which featured the hit “7 Years.” The band made their United States television debut playing “7 Years” on a December 10, 2015 episode of Conan and the song peaked at number 2 on the Billboard Hot 100 list. In March 2016, Lukas Graham performed “7 Years” on Jimmy Kimmel Live! The band has also performed the song on Late Night with Seth Meyers and The Ellen DeGeneres Show. In June 2016, the singer announced that he and his high school sweetheart are expecting their first child together — the baby is due in September 2016.

Best Known For:Lukas is best known for being the lead singer of his namesake band. Their biggest hit to date is “7 Years.”

Personal Life:Lukas announced that he and his high school sweetheart, Marie-Louise Schwartz Petersen, are expecting their first child together in June 2016. The baby was born in September of that year.