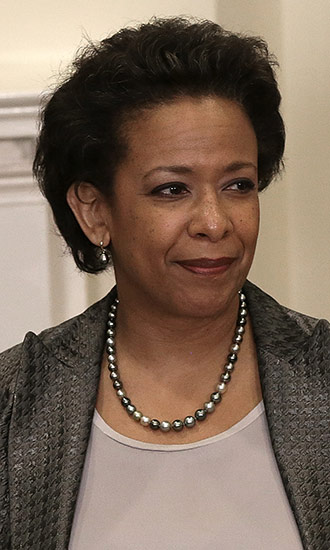 Bio:Loretta Lynch (born May 21, 1959 in Greensboro, North Carolina) was chosen a the United States Attorney for the Eastern District of New York from 1999 – 2001 by President Bill Clinton, and again from 2010 – 2014 after being nominated again, this time by President Barack Obama. In Nov. 2014, she was nominated as the next United States Attorney General. Loretta received her Bachelor of Arts in English and American literature from Harvard College in 1981, and in 1986 she received a Juris Doctor from Harvard Law School.

Best Known For:Being chosen by President Obama as the United States Attorney General on Nov. 8, 2014. Loretta will succeed Eric Holder in the position.

Personal Life:Loretta married her husband, Stephen Hargrove, in 2007. She has two stepchildren through her marriage.