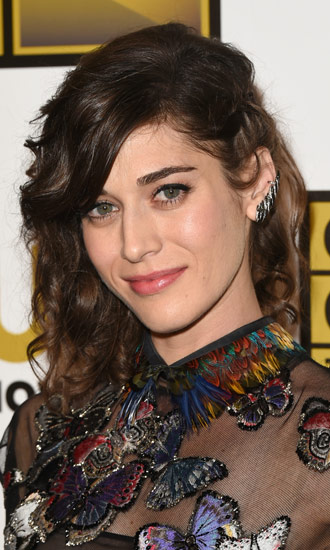 Bio:Lizzy Caplan (born Elizabeth Anne Caplan in Los Angeles, California on June 30, 1982) is an American actress. Born and raised in Los Angeles, Lizzy focused most of her life on playing the piano, until finally deciding she would focus solely on acting. She played a minor role on the series Freaks and Greeks and eventually landed her first big role as Janis Ian in the 2004 film Mean Girls. From there, she did several small TV series appearances. In 2008, she got another big break and played Marlena Diamond in the film Cloverfield and was nominated for a Saturn Award for Best Supporting Actress. She is now known for starring as Amy Burley in the HBO series True Blood and playing Virginia Johnson on the Showtime series Masters of Sex.

Personal Life:Lizzy Caplan dated Matthew Perry in 2006 when their paths crossed while working on the same television lot. They were under the radar for a long time and it was the same when the couple split in 2012 – they went a year and a half before it came to light that they had broken up! Rumors stated that it was due to the fact that Matthew Perry wasn’t ready to settle down and get married. Lizzy Caplan is currently single.