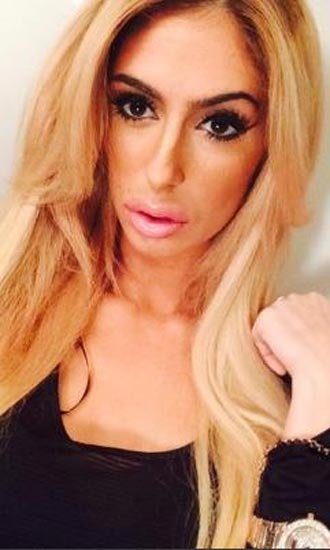 Bio:Linsey Jade (born Linsey Berardi on May 5, 1992) is an American reality television personality. Linsey appeared on season 12 of the Oxygen reality television series, Bad Girls Club. Billing herself as “the Brooklyn Brat,” Linsey one of the original girls for the season and instantly considered a controversial figure on the show. She fought with cast member Alex over personal habits before getting into a physical confrontation with Bad Girls Club member Jada. The two would reportedly resolve their differences after the show. Linsey is reported as assaulting one of the show’s cameramen during filming. After only two episodes, Linsey left the show. She denies being kicked off, saying that she left out of her own free will, citing homesickness for her family in Brooklyn.

Personal Life:Linsey’s family currently live in Brooklyn. Her parents are still together and she has a younger sister. After leaving the show, Linsey started up a clothing line called Miss LJ Couture. Linsey passed away on April 2, 2015.

Marc Anthony’s Kids: Facts About His 6 Kids, Including Twins With J.Lo