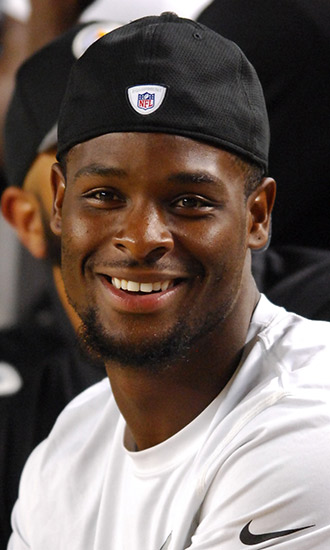 Bio:Le’Veon Bell (born Le’Veon Andre Bell on February 18, 1992 in Reynoldsburg, Ohio) is an American running back. Growing up in Groveport, Ohio, Le’Veon played on his high school football team, and found moderate success. ESPN.com ranked Le’Veon as a two-star recruit, which led to limited scholarship offers. Ultimately, he was able to receive a scholarship offer from Michigan State, allowing his to compete at the college level. As a freshman, he ran for 605 yards on 107 carries for 8 touchdowns. As a sophomore, he ran for 948 yards on 182 carries for 13 touchdowns. He topped that as a junior, rushing for 1,793 yards. Once he finished his junior season, he entered the 2013 NFL Draft. The Pittsburgh Steelers picked him in the second round, 48 th overall. As a rookie, he ran for 860 yards and 8 touchdowns, leading to a successful career with the Steelers. Along with his athletic ability, Le”veon Bell developed a reputation for elaborate touchdown celebrations.

Personal Life:Le’Veon’s mother and grandfather have been lifelong Pittsburgh Steelers fans. He has two older sisters and two younger brothers. Among his numerous tattoos are two involving Christian scriptures. In 2014, he was pulled over with then teammate LeGarrette Blout. Officials found 20 grams of marijuana, which resulted in a sentence of 15-months of probation, and a 60-day suspension of his driver’s license. Le’Veon is active in charitable work, including campaigns with PETA. He also has dropped a rap singer under the name Juice.