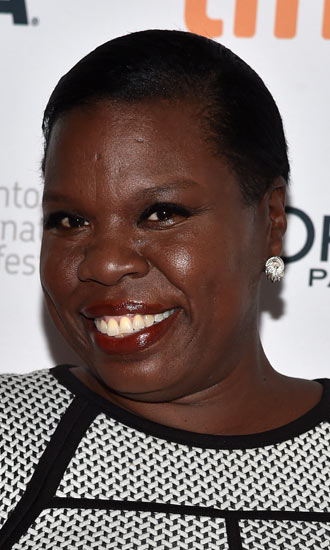 Bio:Leslie Jones is an American comedian, writer and cast member on Saturday Night Live. She began her stand-up career in college at Colorado State University; once she won a stand-up contest, she left school for Los Angeles. Her Showtime comedy special, Problem Child, aired in 2011, and she was hired as a writer in early 2014 in the middle of SNL‘s 39th season. She originally auditioned in Dec. 2013 along with fellow cast member Sasheer Zamata and others during SNL‘s search for a black female comedian to join the cast. She appeared twice in SNL‘s 40th season before getting hired as a featured player in Oct. 2014. Leslie was also cast in the 2016 reboot of Ghostbusters. The movie received an incredible amount of backlash from fans of the original film, with Leslie becoming a main target from a coordinated hate-campaign on Twitter. The comments forced her to quit the social media platform, though she did return. The attacks, however, continued and in Aug. 2016, her personal website was hacked. Nude photos, allegedly of Leslie, were posted online, along with her driver’s license and passport. They were accompanied with racist and misogynistic messages before the site was taken down.

Best Known For:Leslie Jones is best known for her Showtime comedy special Problem Child and for her work as a writer and cast member on Saturday Night Live.

Personal Life:Leslie announced during her first appearance on SNL that she was single. She attended Chapman University on a basketball scholarship before transferring to Colorado State (which she later left in pursuit of a career in comedy).