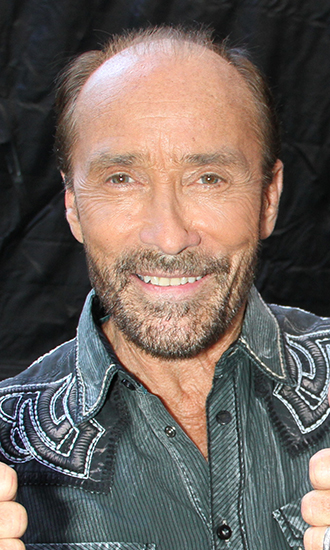 Bio:Lee Greenwood (born Melvin Lee Greenwood in Sacramento, California on October 27, 1942) was determined to have a career in music. He worked in casinos as a blackjack dealer by day and performed in clubs at night. The smoke in the night-time lounges had a permanent effect on his voice and its’ raspy quality would make him famous. Lee became a major country music start in the mid 80s. He has continued to release music. Lee also served a six year term on the National Council of the Arts from 2008-2014.

Best Known For:Lee Greenwood is best known for his patriotic anthem “God Bless The U.S.A.” He performed at President Trump’s Inauguration concert the day before the President’s swearing in ceremony.

Personal Life:Lee met his future wife Kimberly, a former Miss Tennessee while he was performing on his 1989 USO/DOD tour. They married in 1992 and have two sons named Dalton and Parker together.