How long can ‘SVU’ go? Here are all the latest updates about the future of ‘Law & Order: Special Victims Unit.’

For most of us, Law & Order: Special Victims Unit has always been a part of our lives. Whether it be the countless reruns (that we all can’t stop watching) or new episodes. Law & Order: SVU has made TV history, but how long will it continue to stay on the air?

Even though the show is in its 23rd season, the SVU fandom is stronger than ever. The show remains the longest-running live-action primetime series on television. HollywoodLife has all the latest news on the future of SVU.

Law & Order: SVU is not ending any time soon. Back in February 2020, NBC renewed SVU for 3 more seasons. At the time, the show was already in the midst of its 21st season. This renewal guaranteed Law & Order: Special Victims Unit will run through season 24. The show recently kicked off season 23 and airs Thursdays on NBC. 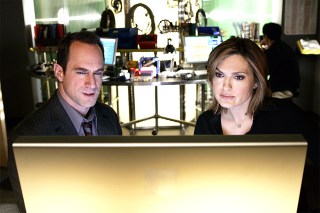 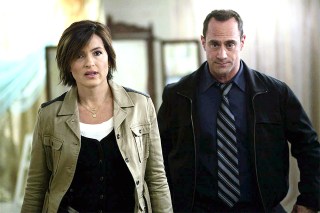 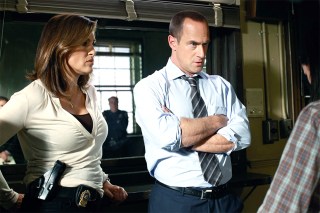 On the same day as the 3-season pickup was announced, Mariska Hargitay posted on Instagram celebrating the amazing renewal. “Mic drop. Boom. Dun dun. Any of them will do. Thank you@NBC,” she wrote.

Longtime cast member Ice-T admitted he was shocked by the 3-season renewal. “They just picked up SVU for 3 more seasons… I’m kinda in shock right now…..” he captioned a post on Instagram.

Showrunner Warren Leight thanked the fans for all their support “these many years” as well as NBC for the network’s “support and loyalty.” He wrote on Twitter:

Up late, after a long but good day. Want to thank all the #SVUDiehards who've stayed with the show these many years.

We would never have received today's THREE YEAR PICK UP from @NBC without your support and loyalty.

From our entire cast, crew, and team, thank you. pic.twitter.com/c0s3AhVqsE

As for what’s beyond season 24, NBC has yet to release anything official. The 24th season is expected to premiere in the fall of 2022. In September 2021, NBC announced that it was bringing back Law & Order, the show that started the franchise, for season 21. The serieswill continue the classic bifurcated format that was created for its original run, will once again examine “the police who investigate crime and the district attorneys who prosecute the offenders.”

Mariska Hargitay has been with SVU since day one as Olivia Benson. Mariska is a key reason Law & Order: SVU has lasted as long as it has. Mariska opened up in February 2020 about the show’s future.

“I hope it doesn’t go on forever,” she told PEOPLE. “I hope that one day we’ll go, ‘Wait, what? This doesn’t happen.’ That this kind of sexual violence goes away, physical and sexual violence. But right now I am still staggered by how many people come up to me and say, ‘Your show changed my life. Your show is the reason that I reported. Your show is the reason I didn’t wash off the DNA.’ That is the most gratifying part of my job.”

When the 3-season renewal was announced, Deadline reported that Mariska was renewing her SVU contracts on a “yearly basis.” In 2019, Mariska reportedly made $13 million for her work on SVU, according to Forbes. Just months before, Mariska told The Hollywood Reporter:

“When I’m done, I’ll know it. When I’m like, ‘OK, there’s no more to mine here and now I’m phoning it in and I’ve got to go.’ But I’m not yet. I still get nervous, still get super excited. I’m directing; producing is a whole new world. I grew into boss lady, and I like it. I like it and I’m good at it. There were a couple of years where I was like, ‘I might be out.’ There were some changes that I wasn’t on board with or I felt like, “Oh, I don’t know if we’re going in the exact right direction.” Now I love the show.”

She added, “But I take it year by year. I remember when Jon Stewart left The Daily Show [after 16 seasons], I said, ‘Well, if he’s throwing in the towel, maybe I should.’ And then I went, ‘No, not done yet. Not done yet.” And Dick [Wolf] wanted to break the record. But I didn’t care about the record. I already was the longest-running female character on TV. I’m engaged and excited and still very much in it. As actors, we’ve seen so many shows get canceled and we’re in love with them and we don’t understand. So we don’t even dare to dream. We have to protect ourselves. So 21 years ago, I never in a million years would have dared to dream.”

In 2018, Mariska stressed during a Paley Center panel that she was with SVU “for the long haul. I said, ‘You keep writing like this, I’ll stay for 25 years.’ Why would I leave? I’m so grateful.”

Mariska has been leading the way on Law & Order: Special Victims Unit since the show’s pilot episode in 1999. She is the only original cast member to have been with the show since the beginning. The main cast currently includes Ice-T as Sergeant Fin Tutuola, Kelli Giddish as Det. Amanda Rollins, and Peter Scanavino as ADA Sonny Carisi.

Christopher Meloni notoriously left Law & Order: SVU after season 12. He had played Mariska’s beloved partner, Det. Elliot Stabler. He made his triumphant return to the SVU universe with the premiere of his own spinoff, Law & Order: Organized Crime, in 2020. The show, now in its second season, currently airs after SVU on Thursdays.

Elliot and Olivia had a very emotional reunion when Elliot returned to New York. Elliot’s wife, Kathy Stabler, was killed in a car bombing that was meant for Stabler. Elliot and Olivia finally discussed Elliot’s abrupt departure all those years ago. Since then, they’ve fallen back right into step with each other. Both Christopher and Mariska frequently cross over on each other’s shows. SVU and Organized Crime have a very intricate shared universe.

‘Liz Cheney’ Bemoans Her Situation On ‘SNL’: ‘I’m Everything A Conservative Woman Is – Blonde & Mean’

Laura Donnelly: 5 Things To Know About The Star Of ‘The Nevers’