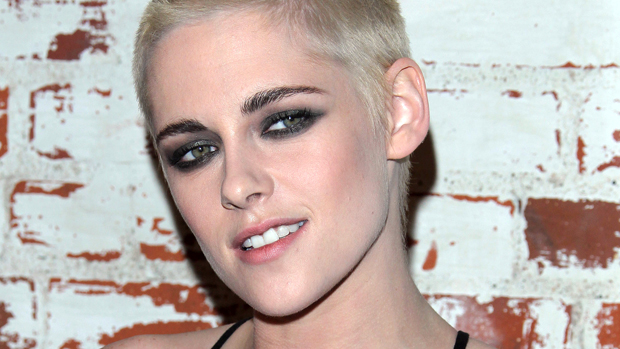 Bio:Kristen Stewart (born Kristen Jaymes Stewart in Los Angeles, California on April 9, 1990) is an American actress. She is best known for playing Bella Swan in the hugely popular Twilight Saga. Her first major role as a child actor was opposite Jodie Foster in the 2002 hit Panic Room. Her other popular film credits include Catch That Kid, Speak, Zathura, The Messengers, Adventureland, The Runaways, Snow White and the Huntsman, and On the Road. She was ranked #1 on Vanity Fair‘s “2010’s Top Hollywood Top Earners List.” She became the face of Balenciaga’s fragrance, Florabotanica, in Jan. 2012. Her upcoming projects include the films Camp X-Ray, Sils Maria, and Anesthesia.

Best Known For:Kristen Stewart is best known for her popular film roles, including Bella Swan in the Twilight movies, and Snow White in Snow White and the Huntsman.

Personal Life:Kristen first serious boyfriend was actor Michael Angarano, her co-star from her 2004 breakout movie, Speak. In 2008 Kristen started a whirlwind romance with her Twilight co-star, Robert Pattinson. The pair dated until the summer of 2012 after Kristen was caught having an affair with Snow White and the Huntsman director Rupert Sanders. The pair reunited shortly after, though they broke up on-and-off for a few months before finally going their separate ways. In early 2015 it was rumored that Kristen was dating a girl, Alicia Cargile. After a brief split while Kristen dated French actress/singer Stephanie “Soko” Sokolinski, she reunited with Alicia. It wasn’t until July 2016 that she confirmed the relationship, calling Alicia her “girlfriend” and revealing that they were in “love” in an interview with ELLE UK. Sadly they split shortly after, and Kristen was then linked to St. Vincent before it was reported she was dating model Stella Maxwell.