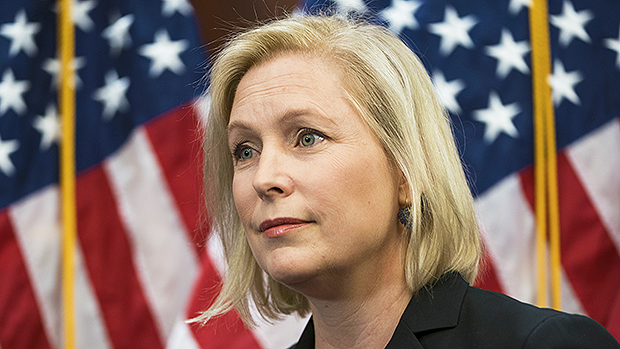 Bio:Kirsten Gillibrand (born Kirsten Elizabeth Gillibrand on December 9, 1966 in Albany, New York) is an American attorney and politician. She has most recently served as New York’s U.S. Senator – the second female to ever do so – since 2009. She spent the two years prior to that in the House of Representatives. Before her career in politics, Kirsten worked as a defense attorney for over a decade, served as Special Counsel to U.S. Secretary of Housing and Urban Development Andrew Cuomo and campaigned for Hilary Clinton in the 2000 U.S. Senate race. Hilary was a role model of hers, and eventually a mentor, and Kirsten has now become an example of female empowerment herself. In 2014, she published her memoir Off the Sidelines: Raise Your Voice, Change the World.

Personal Life:Kirsten and her husband, Jonathan Gillibrand, met on a blind date. He was a Brit studying at Columbia University for a year, but stayed in the US to marry Kirsten in 2001. They had their first son, Theodore, in 2003, and Henry, in 2008, and their family of four now lives in Brunswick. They spend most of their time in Washington D.C. because of Kirsten’s job, and she famously worked through her second pregnancy – literally until the day Henry was born.