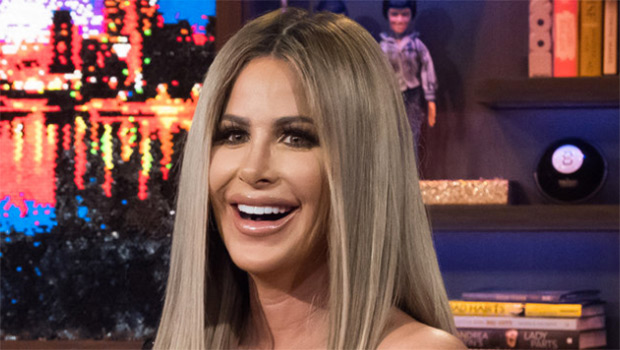 Bio:Kim Zolciak (born Kimberleigh Marie ‘Kim’ Zolciak Biermann May 19, 1978 in Pensacola, Florida). Kim is best known for starring on Bravo’s The Real Housewives of Atlanta. The reality star got her own spinoff Don’t Be Tardy For The Wedding, and now the series is called simply Don’t Be Tardy.

Best Known For:Kim Zolciak is best known for starring on The Real Housewives of Atlanta.

Personal Life:Kim Zolciak was born in Pensacola, Florida but grew up in Windsor Locks, Connecticut. The reality star is married to Atlanta Falcons star Kroy Biermann. The two met in 2010 at a charity event in Atlanta. Together they have two sons, Kroy Jr., and Kash. Kim announced on June 5, 2013 that she was pregnant with their third child. Kim has two daughters from a previous marriage, Brielle and Ariana. A few fun facts, Kim once said that she was bi-sexual and she is also a vegetarian. On Aug. 27, it was announced that Kim will be a contestant on the 21st season of Dancing With the Stars.