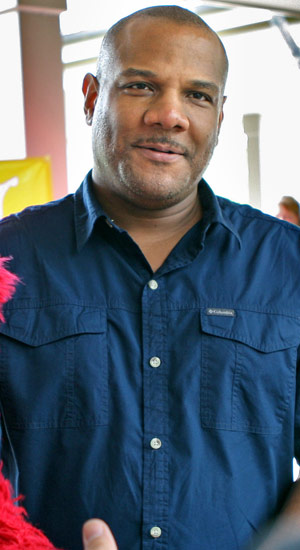 Bio:Kevin Clash (born Kevin Jeffrey Clash in Baltimore, Maryland on September 17, 1960) is a puppeteer, voice actor and comedian. He is better known as the voice of Elmo, Clifford, and other animated characters. Clash joined Sesame Street in 1985 and has won many Daytime Emmy Awards for his characters. He released an autobiography in 2006 called My Life as a Furry Red Monster: What Being Elmo Has Taught Me About Life, Love and Laughing Out Loud. On November 12, 2012 Clash was granted a leave of absence from Sesame Workshop “to protect his reputation,” after a man claimed he had an underage relationship with Clash. The man later recounted his statement. Clash issued a statement saying, he is “relieved that this painful allegation has been put to rest.” On November 20, he quit Sesame Street amid the scandal.

Personal Life:Clash was involved in a scandal in November 2012, when a 23-year-old man came forward, alleging he was only 16-years-old when he started a sexual relationship with Clash. Since then, the accuser recounted his statement, saying the relationship was adult and consensual. Although Clash has admitted to being gay, he was married to a woman, Genia, but they got divorced in 2003. Together, they have a daughter, Shannon Elise.