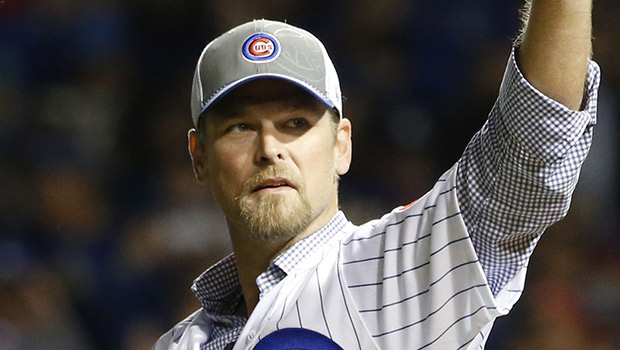 Bio:Kerry Lee Wood (born June 16, 1977 in Irving, Texas) is an American former baseball pitcher who played 14 seasons for the Chicago Cubs, Cleveland Indians, and New York Yankees. When Kerry was a 20-year-old rookie he recorded 20 strikeouts in a one-hit shutout against the Houston Astros, giving one of the greatest pitching performances in Major League Baseball history. Kerry is just behind Randy Johnson in career strikeouts per nine innings pitched. Kerry retired from baseball in May 2012 while playing for the Chicago Cubs.

Best Known For:Kerry is best known for playing 14 seasons for MLB teams the Chicago Cubs, Cleveland Indians, and New York Yankees. He is also known for having the second most career strikeouts per nine innings pitched.

Personal Life:Kerry is married to Sarah Pates. The couple have one son, Justin, and two daughters, Katie and Charlotte.