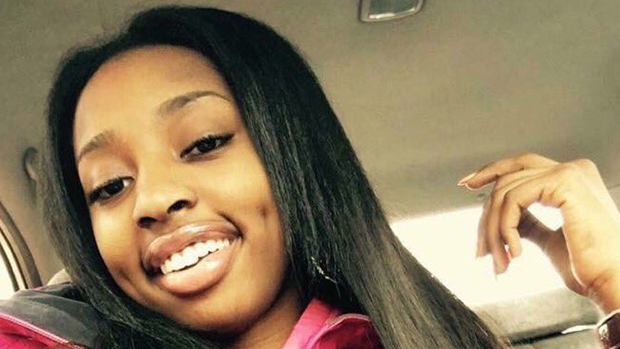 Bio:Kenneka Jenkins (born in Illinois) was an American teenager who was found dead inside a walk-in freezer on Sept. 10, 2017 at the Crowne Plaza Hotel in Rosemont, Illinois. Kenneka reportedly went to a party on the hotel’s 9th floor on Sept. 8 with her friends. The friends claim that Kenneka left her phone in the room as the group was leaving, so they went back to retrieve it, leaving her in the hallway alone. When they came back, she was gone. Kenneka’s mom, Tereasa Martin, says she arrived to the hotel around 5:00 a.m. on Sept. 9, but employees would not view the surveillance footage until a missing persons report was filed. It took hours of begging from Tereasa for police to finally watch the video, and they did not locate her in the footage until 10:00 p.m, when they saw Kenneka reportedly “staggering drunk” by the front desk hours earlier. Around 1:00 a.m. on Sept. 10, Kenneka’s body was found past the point of resuscitation in the hotel’s walk-in freezer. Police are continuing to investigate.

Best Known For:Kenneka is best known for being found dead inside a walk-in freezer at a hotel in Illinois.

Personal Life:Kenneka is survived by her mother, Tereasa Martin, and sister, Leonore Harris, who are, understandably, devastated over her death. They are not satisfied with how police and the hotel handled the search for Kenneka, arguing that they did not act fast enough when the 19-year-old was first reported missing.