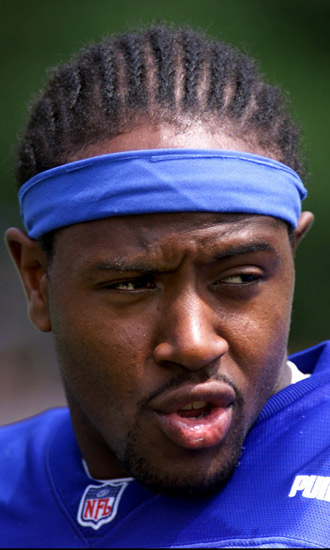 Bio:Keion Carpenter (born Keion Eric Carpenter in Baltimore, Maryland on October 31, 1977) is an American football player and philanthropist. He got his start at Woodlawn High before playing for Virginia Tech in college. After an impressive six seasons in the National Football League as a defensive back for the Buffalo Bills and Atlanta Falcons from 1999-2005, Keion started The Carpenter Foundation. The organization works to help low income children and their families succeed academically and create positive home environments. Keion fell during a workout while on a family vacation and went into a coma. He passed away December 29, 2016.

Best Known For:Keion is best known for his success as a defensive back for the Buffalo Bills and Atlanta Falcons from the late 90s through the early 2000s. He then started philanthropic organization called The Carpenter Foundation.