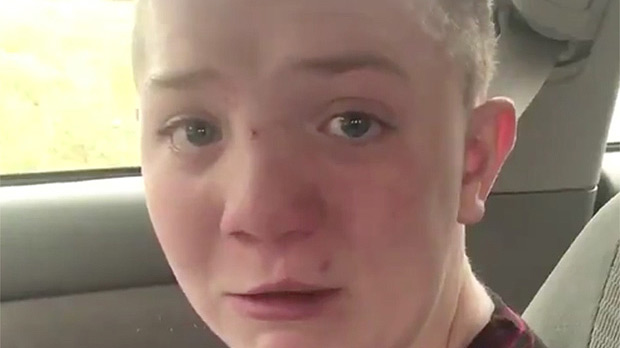 Bio:Keaton Jones is a young boy from Knoxville, TN who captured the hearts of Americans, specifically celebrities, after his mom posted a video of him crying after being bullied at school. In the video, Keaton tearfully describes his encounter with bullies at school who call him ugly and make fun of his nose. “Just out of curiosity, why do they bully? What’s the point of it? Why do they find joy in taking innocent people and find a way to be mean to them? It’s not OK.” Selena Gomez, Justin Bieber, Chris Evans and more reached out to Keaton via social media and gave their support, some celebrities even invited him to events, shows and premieres with them. Just a day after the video came out, photos surfaced on Keaton’s mom’s Facebook, showing her holding a Confederate flag. Other Facebook statuses and photos were further evidence of the Jones’s alleged racist history. Additionally, MMA fight Joe Schilling was texting with Kimberly Jones, Keaton’s mom, and made a video that said she just wanted money and was asking for donations on a GoFundMe account. The account reached $57,000 until it was shut down until further investigation into the motives behind the fundraise.

Best Known For:Keaton Jones is best known for his viral video about bullying.

Personal Life:Keaton Jones is from Knoxville. He has a sister named Lakyn Jones.