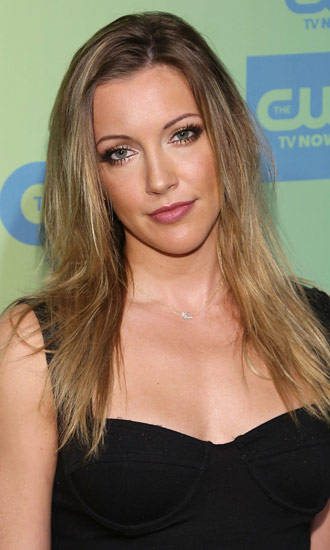 Bio:Katie Cassidy (born Katherine Evelyn Anita Cassidy in Los Angeles, California on November 25, 1986) is an American actress. Katie stars on The CW’s Arrow, and has appeared in many CW shows including Gossip Girl, Supernatural and the 2009 Melrose Place reboot, in which she landed the lead role. She also had a recurring role on 7th Heaven, and has starred movies When A Stranger Calls (2006), Black Christmas (2006), Click (2006), alongside Adam Sandler, Taken (2008), alongside Liam Neeson and Monte Carlo (2011), alongside Selena Gomez.

Best Known For:Katie is best known for starring in many movies and television shows. She is currently a series regular, playing Laurel Lance, on Arrow, which premiered on The CW in 2012.

Personal Life:Katie is the daughter of former teen idol David Cassidy from The Partridge Family. She grew up in Calabasas, CA, and attended Calabasas High School, before becoming homeschooled. She has dated NHL pro Jarrett Stoll, Entourage‘s Jerry Ferrara and Jesse McCartney whom she took to her senior prom. Katie is a spokesperson for the H.E.L.P. Malawi charity.

Bill Gates looks So Proud Of His Daughter In New Wedding Photo: ‘Memories Will Last A Lifetime’