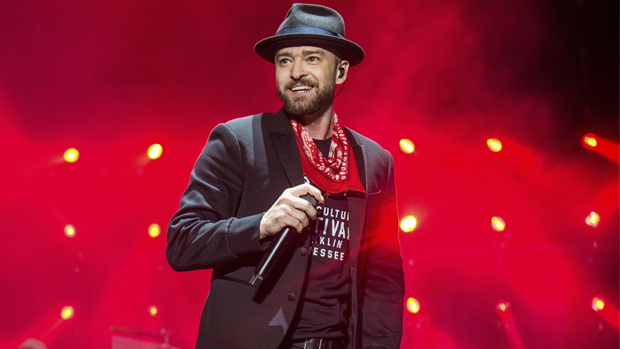 Bio:Justin Timberlake (born Justin Randall Timberlake in Memphis, Tennessee on January 31, 1981) is an American Grammy and Emmy award winning singer and actor. He is best known for his singing career, both his involvement with 90s boy band ‘N Sync and his solo projects. He was discovered on Star Search and appeared on Disney’s The New Mickey Mouse Club. His three solo albums, Justified and FutureSex/LoveSounds, and The 20/20 Experience 1 & 2 produced hit singles including “Cry Me A River,” “SexyBack,” “Rock Your Body,” and “Mirrors.” Justin Timberlake is a popular guest host of Saturday Night Live, having appeared in several seasons since 2005. He has also had sizable roles in several major films, including The Social Network, Friends With Benefits, and Bad Teacher. He has contributed his voice to roles in the Shrek saga and Yogi Bear. In 2013, Justin Timberlake starred in Inside Llewyn Davis and Runner, Runner.

Best Known For:Justin Timberlake is best known as the lead singer of 90s boy band ‘N Sync and as a solo artist.

Personal Life:In 1999, Justin Timberlake began a highly public relationship with Britney Spears. The two met as kids during the Mickey Mouse Club years. The couple caused quite a frenzy when they split in 2002. He was briefly linked to Beyonce Knowles and Stacy “Fergie” Ferguson before dating Britney Spears. Afterward, he was linked to Janet Jackson, Jenna Dewan, Alyssa Milano, Cameron Diaz, and Scarlett Johansson. In 2007, he began dating actress Jessica Biel. They dated until a brief split in 2011. After reuniting, the couple became engaged. They married in August 2012, and on Nov. 4, 2014 it was confirmed that he and Jessica were expecting their first child together. On April 10, 2015, Jessica gave birth to a baby boy named Silas Randall Timberlake.