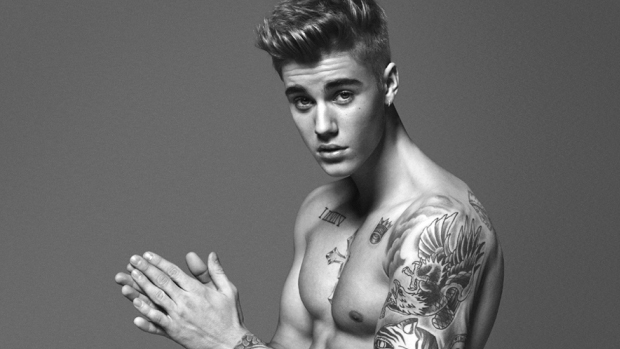 Bio:Justin Bieber (born Justin Drew Bieber on March 1, 1994 in London, Ontario, Canada) is a Canadian singer, dancer, rapper and songwriter. Discovered by manager Scooter Braun, Justin soon became the protégé of singer Usher. Bieber’s single “Baby” is the second-most-viewed video on YouTube ever and boosted sales of his double platinum debut full-length album, 2010’s My World 2.0. He followed that record with a concert documentary titled Justin Bieber: Never Say Never. Bieber then released a holiday album, Under The Mistletoe. He released his third studio album, Believe, in 2012, followed by Journals in 2013 and Purpose in 2015. He has won the American Music Award for Artist of the Year twice in his career so far, as well as a Grammy for Best Dance Recording.

Best Known For:Justin is best known as a young YouTube sensation who then rocketed up the Billboard charts.

Personal Life:Justin Bieber began dating Selena Gomez in 2011. After cheating rumors involving Victoria’s Secret model Barbara Palvin, the couple split for good in January 2013. Justin and Selena have since attempted to reunite both in 2013 and 2017-2018, but nothing full-blown has ever materialized. Justin has been the center of several controversies, including being caught smoking what appeared to be marijuana in Jan. 2013, attacking a paparazzo in March 2013, and getting caught shadow-boxing inside the Anne Frank House in Apr. 2013. As of March 2015, Justin has been spending time with a number of different women, including Yovanna Ventura, Hailey Baldwin, Kendall Jenner and Shanina Shaik. He has since turned his bad-boy reputation around, which started when he let celebrities roast him on Comedy Central in 2015. He broke down twice during performances after that and cancelled his 2017 tour in order to keep himself “sustainable.” He has been spotted hanging out with multiple pastors from Carl Lentz to Judah Smith, crediting God with his cleaned-up image in a GQ interview. “That’s why I have a relationship with him, because I need it,” he said. “I suck by myself.” Justin began dating his longtime friend and on-and-off girlfriend, Hailey Baldwin in June 2018. He proposed to Hailey on July 7, 2018, while on a trip to the Bahamas.They went to an NYC Marriage Bureau on Sept. 13 and it was rumored they were getting a marriage license and would tie the knot in Canada within the week. But the next day, a report emerged claiming the two had been married in a secret ceremony.