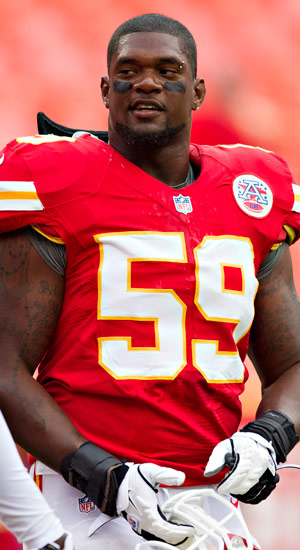 Bio:Jovan Belcher (born July 24, 1987 in West Babylon, New York) was a linebacker for the Kansas City Chiefs before his tragic death on Dec. 1, 2012. Jovan grew up on Long Island, New York and played for the Maine Black Bears in college, where he was named first team All American in the Football Championship Subdivision. Jovan agreed to a free agent contract with the Kansas City Chiefs in 2009 after not getting drafted. In 2011, he became a starting linebacker for the team. Jovan died of a self-inflicted gunshot wound after he murdered his girlfriend Kasandra Perkins.

Best Known For:Jovan is best known for playing for the Kansas City Chiefs and killing his girlfriend Kasandra Perkins and himself on Dec. 1, 2012.

LeBron James’ Son Bronny, 16, Is Nearly As Tall As The NBA Star At ‘Space Jam’ Event