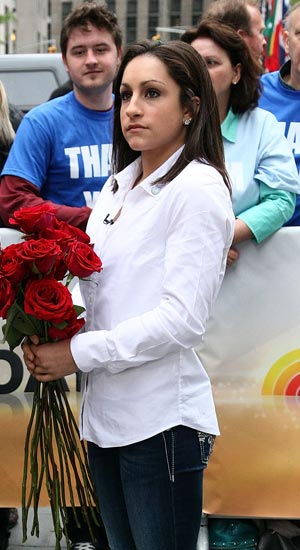 Bio:Jordyn Wieber (born Jordyn Marie Wieber in DeWitt, Michigan on July 12, 1995) is an American gymnast with a discipline in artistic gymnastics. With an impressive series of medals under her belt, Jordyn was selected, on July 1st, to represent the United States in the 2012 London Olympic Games. At the age of four, she began training in gymnastics, and began her professional career in October of 2011. Soon after, she competed in the World Gymnastics Championships, where she was honored with several awards, including the 2011 All-Around World Champion, the 2011 U.S. Senior National Champion, and the 2011 American Cup Champion. On March 3, 2012, she beat out fellow Olympic teammates, Alexandra Raisman and Gabrielle Douglas, in the American Cup. Her rivalry with Gabrielle Douglas has all eyes on Jordyn, waiting to see if she can bring home the gold for USA.

Best Known For:Jordyn is the reigning world, and two-time U.S. Champion, as well as a member of the 2012 Olympics women’s gymnastics team.

Personal Life:Sixteen-year-old Jordyn went to prom and finished her junior year of high school just like any teenage girl, and is now preparing to jet off to London for the Olympic Games.