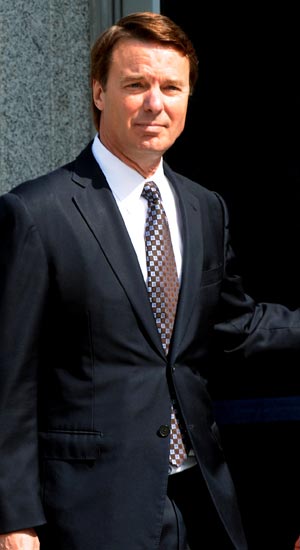 Bio:John Edwards (born Johnny Reid Edwards on June 10, 1953) is an American politician whose high-profile affair caused him to fall from grace. His political career began when he was elected as a U.S. Senator from North Carolina. Nominated as the Democratic nominee for Vice President in 2004, running alongside John Kerry, Edwards and Kerry lost the race for presidency. Edwards was also a Democratic nominee for the presidency in 2008, but news of his affair, as well as legal problems regarding his appropriation of campaign funding in relation to his affair, mired his chances of becoming president. He was tried in court for six felony charges, but was not found guilty on a single one. Not only was John’s affair scandalous because of his use of government funds to cover it up, but citizens nationwide were disgusted to find his now-deceased wife, Elizabeth Edwards, was fighting cancer while he carried on an affair with Rielle Hunter.

Best Known For:His race for the presidency in 2008, and his extra-marital affair with Rielle Hunter.

Personal Life:John Edwards was married to the late Elizabeth Edwards, who died of cancer, but he also carried on an affair with mistress Rielle Hunter. Edwards has four children with Elizabeth, and one child, out of wedlock, with Rielle.