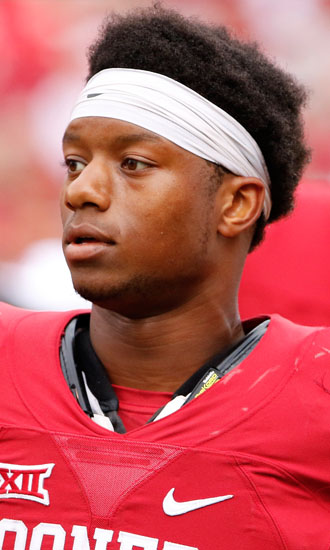 Bio:Joe Mixon (born July 24, 1996 in Oakley, CA ) is aa star running back for the University of Oklahoma Sooners. Joe was a star football and basketball player for Freedom High in Oakley, CA. His rushing skills as a running back made him highly recruited by top college teams like Alabama, Florida State and UCLA but he committed to the Oklahoma Sooners. He was red-shirted his freshman year after punching a woman in the face at a Norman, OK sandwich shop. After being charged with a misdemeanor, he reached a plea deal for one year of probation and 100 hours of community service. He returned to the team in 2015 where he rushed for 749 yards on 110 carries. His stellar play continued in 2016 where he led the team to a 10-2 record and a Sugar Bowl berth.

Best Known For:Joe is best known for playing football and punching a female student in the face on CCTV.

Personal Life:On July 25, 2014, he punched a fellow student named Amelia Molitor in the face so badly that she suffered four broken bones. While he received a one season suspension from the football team, he returned to play in 2015 and was never suspended from classes. On Dec. 16, 2016 the video showing the assault was released to the public, showing how violently he punched Amelia and drawing scores of outrage over his light punishment.