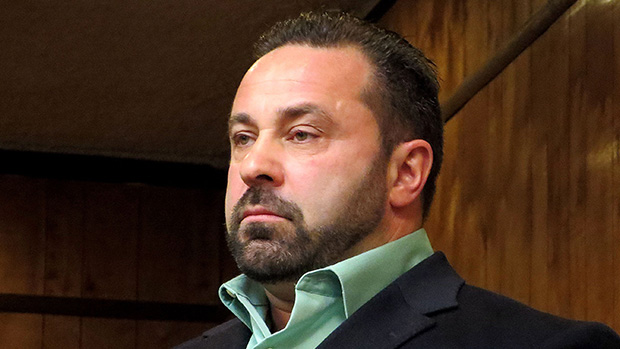 Bio:Joe Giudice (born Giuseppe Giudice, in Saronno, Italy) is the husband of Teresa Giudice and a personality on the reality TV show The Real Housewives of New Jersey. He met his wife in high school and they have four children together. The reality show has followed his appearances in court and time in jail over the past couple of years. He opened a pizzeria in 2010, but now lives off of wife Teresa’s income. Joe filed for bankruptcy in 2009, claiming he was $11 million in debt. In 2011, he withdrew the bankruptcy and his wife Teresa said she would pay her debts of approximately $8 million within a year. Then in 2013, he and Teresa were charged on over 50 counts of fraud. In March 2016 Joe checked himself into prison to begin his 41-month sentence. In October 2018, it was revealed that he will be deported to his native Italy upon his March 2019 release.

Best Known For:Appeared on The Real Housewives of New Jersey with his wife Teresa. He is known for his bad temper.

Personal Life:Joe is married to Teresa Giudice. Together, they have four kids – Gia, Gabriella, Milania, and Audriana. Joe has openly called Teresa a “b**ch” and a “c***” on TV. He has also cheated on her.