Jessie J performed the classic hit ‘I Will Always Love You’ while dressed in a lime green bikini, which put the singer’s toned figure on full display.

Jessie J has got the voiceandthe body. The 33-year-old British singer showed off both her toned figure and her incredible vocals in a new video that Jessie posted to her Instagram on Monday, October 11. In the footage, Jessie wore a lime green bikini top as she belted out a piano version of Whitney Houston‘s 1992 hit “I Will Always Love You” from the confines of her living room. Jessie didn’t just sound good, shelookedgood too, and it’s thanks to the sexy bikini that highlighted her incredible bod.

Jessie’s rendition of the classic song was just one of seven pieces of footage that the superstar shared in her post. In her caption, she included different remarks pertaining to each video or picture. So for the performance to “I Will Always Love You,” Jessie wrote, “Will I always love you?” Then in the next video, Jessie wore a red bikini and jumped into a pool, as a few friends — including musician Daley — cheered her on, before laughing as the singer slightly choked from the pool water. She said about that video, “Not @daley laughing at me choking.”

Next, Jessie belted out Mariah Carey‘s “Hero” as she simultaneously attempted to buckle her jeans belt. “Too many biscuits,” she hilariously wrote to describe that footage. The next video featured Jessie sitting in a car venting about her allergies. “My allergies v’s @stylelvr driving,” she said. She then shared a video of a goldfish in a tank, followed by a photo of her father, Stephen Cornish. “My (one day baby) in the womb,” Jessie joked about the fish footage, while she said, “Ladies and Gentlemen my Dad,” to aptly describe the pic of Stephen. 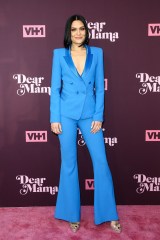 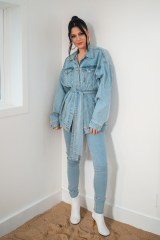 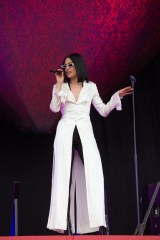 Jessie’s latest IG drop comes a few months after she opened up about facing a throat condition, which has affected her singing ability. The “Price Tag” crooner wrote on her IG Stories that she thought the throat issue “would be solved by now. But it is not.” She added, “I am still in pain everyday. “With rest and little talking/singing the nodules melted away. Like Olaf in the sun. But every doctor has told me if I sing (especially these songs) the nodules will just come right back.”

While Jessie’s throat condition seemed dire, her singing performances in her latest IG videos seemingly confirm that she’s got her incredible voice back. And we couldn’t be happier about it!