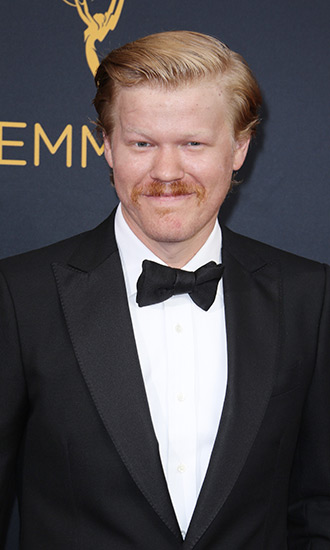 Bio:Jesse Plemons (born Jesse Lon Plemons in Dallas, Texas on April 2, 1988) is an American actor. He was just 3 and a half when he booked his first gig in a Coca-Cola commercial, and started booking small roles in movies like Varisty Blues, Like Mike and Grey’s Anatomy from ages 8-18. At 18, Jesse landed his breakthrough role as Landry on Friday Night Lights, which aired for five seasons. In 2012 and 2013, he played Todd Alquist on the final season of Breaking Bad. Jesse played Ed Blumquist on the second season of Fargo in 2015 and was nominated for an Emmy award.

Best Known For:Jesse is best known for his role as Landry on Friday Night Lights.

Personal Life:Jesse started dating his Fargo co-star, Kirsten Dunst, in May 2016. Their engagement was reported in Jan. 2017.