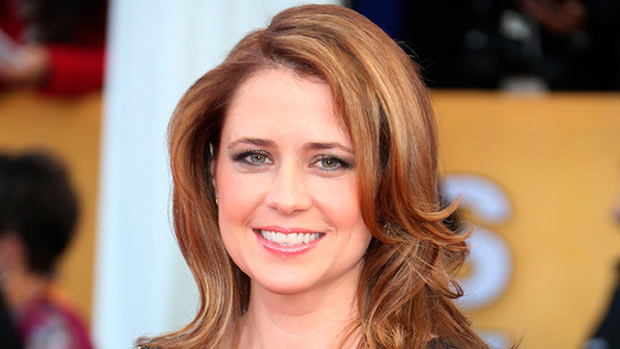 Bio:Jenna Fischer (born Regina Marie Fischer on March 7, 1974 in Fort Wayne, Indiana) is an American actress known for her portrayal of Pam Beesly on NBC’s The Office. Jenna grew up in St. Louis, Missouri and first began performing at the age of six at a workshop put on by her mother, a history teacher, at Henry School. The actress attended Nerinx Hall High School, an all-girls Catholic institution. Jenna then continued on to Truman State University, where she graduated with a Bachelor of Arts in theatre and a minor in journalism. While beginning her career in theatre in Missouri, Jenna struggled to break into film and television. The years that followed she appeared in small roles in movies such as Employee Of The Month and What I Like About You. The redheaded beauty decided to take her film career into her own hands, since it was moving slower than she desired. Jenna created her own mockumentary, LolliLove. The success of this project would land her the role that she is most well-known, that of Pam on The Office opposite John Krasinkski and Steve Carell. Jenna played the role during the show’s entirety from 2005 to 2013. As she became more known in the years that followed, she gained more opportunity in film an appeared in movies such as Blades of Glory and Hall Pass. Jenna is currently working on the television show The Guest Book.

Personal Life:When Jenna Fischer moved to Los Angeles, her childhood friend Sean Gunn from Gilmore Girls, introduced the actress to his brother James Gunn. The couple married in Oct. 7, 2000 and divorced in Sept. 2007. In 2009, Jenna married screenwriter Lee Kirk. They have two children together — Weston, 5 and Harper, 2. Jenna is also known for being passionate about animal rescue.